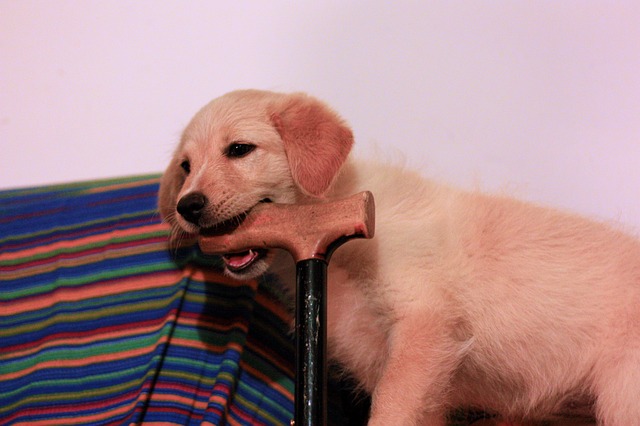 So you got bit by a dog. There are two possible situations reasons. Maybe you were just unlucky. But the other, more likely possibility (which will be protested intensely by many) is this: You asked for it.

Now, you might not have known you were asking for but, realistically if you were educated about what you were doing wrong, you may have been able to avoid the trauma. Although the random dog mauling does happen, and is scary, it is very rare. The majority of dog bites occur with familiar dogs in everyday situations.

Who cares, you ask? Well, the majority of these bites are preventable! Most children don't know that they are behaving in an unsafe and threatening way, and dogs don't know what to do when children ignore the warning signs that they try and send out. This means it is up to adults to control the situation, which happens less often than it should.

Look no further than the internet: hundreds of adorable photos of babies with their head right next to a dog. If you look closely, these dogs are exhibiting all the signs of a stressed out animal. Typically they are

Children don't understand the meaning of these behaviours. It is up to parents and dog owners to teach them about these warning signs and the basics of interacting safely with dogs.

Although many people who have been bitten say that they never saw it coming, there are multiple videos on YouTube of dogs biting people where it is clear that both the handler and the victim are ignoring the warning signs.

Dog bites are dangerous, painful and scary. They result in many otherwise wonderful family pets being sent to animal shelters, or being euthanized. Learning about dog bite prevention keep both you and your animals safe.